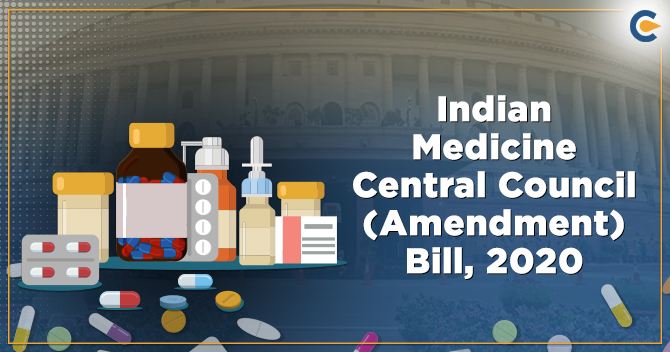 Replacement of the Central Council

The Bill states that the Central Council will be replaced with past effect from 24th April 2020 and it will be reformed within 1 year from the said date. In the meantime, the Board of Governors will be formed by the central government who will perform the activities of the Central Council.

The Board of Governors will comprise up to 10 members who have diverse experience in the field of Indian Medicine and serving as ex officio members under the direction of the Central Government[1]. The government will elect one member to be Board Chairperson.

As soon as the board is formed by the government, it will have all the authority to exercise the power of the Central Council (that is being replaced) such as regulating the education and practice of Indian Medicine.

Power to the Central Government

The Central Council and the board will be liable to follow the guidelines of the central government on inquiries related to administrative and technical matters. The new Act encloses the new sections namely 3A, 3B, and 3C.

The new sections bring the followings changes, those are as follows:-

On the date of commencement of the Indian Medicine Central Council (Amendment) Ordinance, 2020, the Central council will be replaced and its member will vacate their offices.

The Central Council will be reformed on the ground of Section 3 within one year from the date of supersession. In the meantime, the Board of Governors formed under sub-section (4) will perform the activities of the Central council.

Formation of the Board of Government shall be done via official gazette and it should contain only ten-person as its members. The inexperienced members are not allowed to join the said gathering. 2/3 members of such team shall form the quorum of its meetings.

Indian Medicine Central Council (Amendment Bill, 2020 shall the improves the internal affairs and working of the Medicine system by inserting the essential sections. In case if you have doubt regarding this bill, drop us a query in the comment section.

CBDT extended the Filing of IT...

The Central Board of Direct Taxes has prolonged the last date for filing Filing of ITR for Annual Year 2019-20 (the...

GST Registration via Aadhaar a...

As per the latest notification rendered by the Central Board of Indirect Taxes and Customs (CBIC), businesses inten...