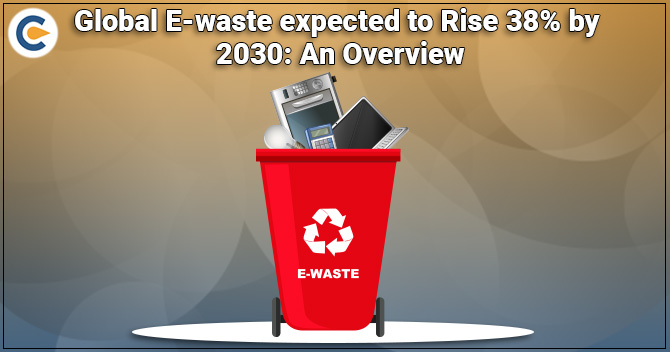 As per United Nations University, the global E-waste worldwide is not properly collected and recycled on time. It is to be anticipated that the discarded E-waste materials will be increased by 38% in the decade between 2020 & 2030, the report released by the United Nations University. According to the research, the total amount of e-waste increased by 53.6 million tonnes (MT) in 2019. In just five years, that’s an almost 21% gain. In 2019, Asia created the e-waste around (24.9 MT), followed by America (13.1 MT) and Europe (10.1 MT) (12 MT). According to the report, Africa and Oceania produced 2.9 MT and 0.7 MT, respectively. Small equipment (17.4 MT), large equipment (13.1 MT), & temperature exchange equipment made up the majority of E-waste in 2019. (10.8 MT). According to UNU estimates in the report, screens and monitors, lamps, small IT and telecommunication equipment accounted for 6.7 MT, 4.7 MT, and 0.9 MT, respectively. E-waste is dangerous for health and the environment because it contains toxic additives and hazardous substances like mercury, which harm the brain and coordination system.

Every year, the world’s overall use of electric and electronic equipment increases by 2.5 million tonnes. Phones, radios, toys, and computers – if they have power or battery supply, they’re likely to end up in an ever-growing mound of “e-waste.” The world has generated 53.6 million tonnes of e-waste in 2019. This equates to around 7.3 kg per passenger or the weight of 350 cruise ships. Global e-waste is expected to reach 74.7 million tonnes by 2030, nearly triple the annual volume of new e-waste in only 16 years. This makes the world’s fastest-growing domestic waste stream, owing to an increase in people purchasing electronic products within a short lifespan.

No recycling of Global E-waste

As per the research, about 18% of the e-waste generated in 2019 was collected, about 18% of the e-waste generated in 2019 and was collected and recycled. This means that gold, silver, copper, platinum, and other high-value, recoverable elements worth at least $57 billion were primarily discarded or burned instead of being collected for treatment and reuse. The number of countries with an e-waste policy, legislation, or regulation has risen from 61 to 78, with India among them. While this is a positive trend, it is still far from the International Telecommunication Union’s goal of 50% of countries having e-waste legislation. In India, there are 312 authorized e-waste recyclers with a capacity of around 800 kilo tonnes per year. However, because the informal sector still handles the vast bulk of the waste, official recycling capacity is not used. According to the report, the informal sector recycles 100 per cent of the country’s e-waste. As a result, efficient regulation implementation is the only method to manage the e-waste that is still unregulated in at least 115 nations.

Only 17.4 per cent of e-waste collected and recycled in 2019 was formally organised and recycled. The amount of recycled e-waste has only increased by 1.8 million tonnes each year since 2014. Over the same time, the total amount of e-waste generated climbed by 9.2 million tonnes. Simultaneously, the amount of unauthorized e-waste is on the rise. According to new research, Europe has the highest collection and recycling rate, accounting for around 42.5 per cent of all e-waste created in 2019. Asia came in second place with 11.7 per cent, followed by the Americas and Oceania with 9.4 per cent & 8.8 per cent, respectively, and Africa with 0.9 per cent. It’s unclear what happened to the remaining 82.6 per cent of the world’s e-waste generated in 2019. Toxic compounds included in e-waste, such as mercury, brominated flame retardants, chlorofluorocarbons[1], are more likely to be released into the environment and endanger people life, work, and play in e-waste scrapyards without a dependable waste management system. Mercury is used in computer monitors & fluorescent lights, but it can cause brain damage if exposed to it. We calculated that the unrecorded flows of e-waste that wind up in the environment each year contain around 50 tonnes of mercury. However, e-waste isn’t merely a health hazard. It also has a direct impact on global warming. Temperature-exchange equipment, such as that found in refrigerators and air conditioners, can slowly emit greenhouse gases if it is dumped. Scrapyard emissions are estimated to be at 98 million tonnes per year or 0.3 per cent of global energy sector emissions.

We conclude here that the recycling and collection of global e-waste are not correctly practised worldwide. E-waste can be categories as laptops, computers, computer parts etc. Upgradation of new technology will help prevent utilizing the old electronic products to keep up with the further and latest technological advancement. The non-disposal and proper recycling of e-waste have created pollution, which causes severe diseases and other medical complications. 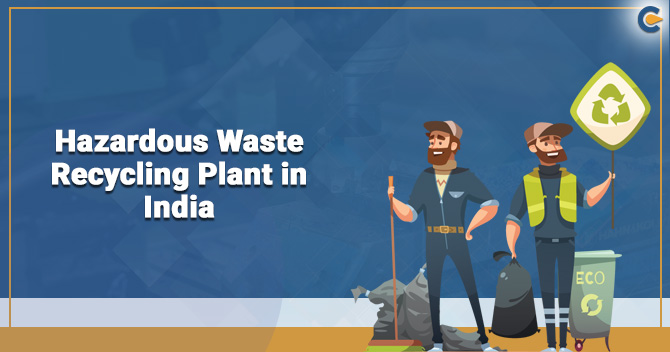 How to Setup Hazardous Waste Recycling Plant in India

Due to the development of the industrial progress, the consequence we can see is the generation of huge amount of w... 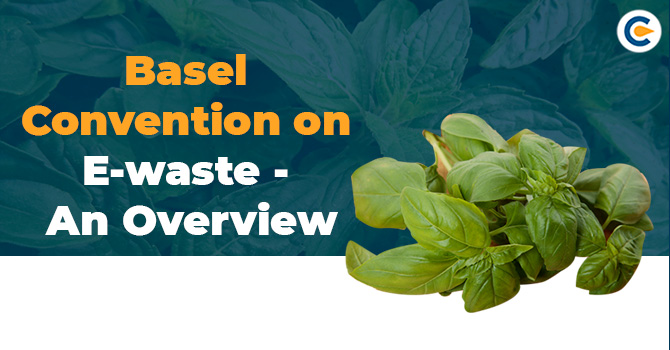 Basel Convention on E-waste – An Overview

In today's world, electrical and electronic equipment such as printers, TVs, refrigerators, ACs, etc., units are on...