Drafting of Shareholder Agreement: An Overview on Some Apparent Mistakes 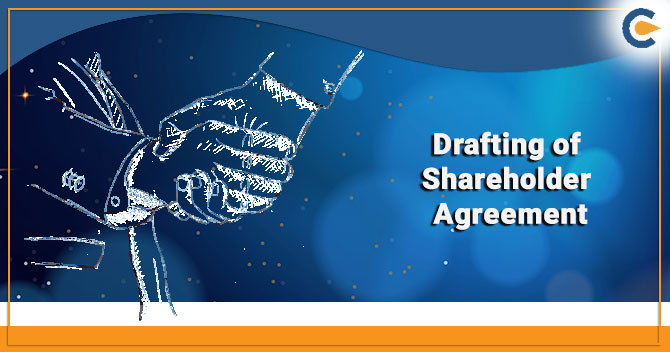 It is also referred to as an agreement among the shareholders that specifies the Company’s operating protocol and illustrates shareholders’ rights and obligations.

What is the Significance of the Shareholders Agreement in the Legal Context?

The list below reflects the significance of a Shareholders Agreement: –

You might be aware that are considerable advantages in funding the Shareholder’s agreement with life insurance. If done correctly, there are plenty of opportunities to set up positive buy-out provisions and ownership/beneficiary arrangements. But documents of such nature are prone to stringent errors.

The only key is to prepare a contract with the utmost care and due diligence, considering potential risks and setting up a mechanism to counter them. It is more about how well you coordinate with market uncertainty. It establishes the terms for a given scenario, paves the way for effective dispute control, and saves time and money. However, it is not easy for professionals to put discrepancies out of the equation while drafting the Shareholders Agreement.

Here are some inevitable errors that are often found in a Shareholders Agreement. While drafting the agreement, an individual needs to take these errors into account.

Considering the importance of shareholders agreement concerning the Company’s functioning and Shareholder’s rights, the concerned person needs to take utmost care while drafting the same. A contract with unclear or intricate provisions is more susceptible to litigations and disputes.

Furthermore, if the agreement’s term sticks to transparency and clearness, the chances of dispute arousal become next to negligible. Therefore, it is crucial to draft such a contract under the supervision of a professional that adheres to a domain-specific skill set and have skills of negotiation to protect the interests of both the parties.

A Capital Dividend Account refers to a corporate tax account in which the Company’s shareholders receive their capital dividend, excluding taxes. It plays a very crucial role from the viewpoint of shareholders’ agreement. Excluding CDA from an agreement means that there is no assurance that shareholders will avail of any tax[1] benefits.

Tag-alone rights ensure improved liquidity, protection & exit route for such Shareholders if one or more shareholders are selling out their shares. On the contrary, drag-along rights are preventive that prevent the sale of the Company by the minority shareholders.

Such rights must be enclosed in the share’s agreement; else, it would have a drastic impact on the Company’s well-being. Both these clauses are meant to secure the Shareholder’s interest within the Company.

Upon the event of the Shareholder’s demise, the sales of such a shareholder must be made compulsory. Any unexpected scenarios may be excluded here. The clause should not endanger the future of the business while considering the disposal of the shares.

Deadlock is an extreme situation of disagreement that disrupts the integrity of the Company’s shareholding. Deadlock provisions within the shareholders agreement efficiently deal with fierce disputes that are practically irresolvable. There are instances when there is a matter of conflicts between the members that often leads to the Company’s breakdown.

For example, suppose the Company’s shareholders show strong disagreement with the following business plan. In that case, deadlock provisions can resolve such disputes through a multitude of solutions such as escalation to a chairperson or the sale of shares between the deadlocked shareholders. Having deadlock provisions in place ensures that the vicious disputes remain at the bay.

Making an active firm the beneficiary of the life insurance policy is not a proactive decision. Corporate-owned policies are often subject to corporation creditors, and such policies are not deemed active business assets for the capital gains exemption. In simple terms, the tax benefits might remain out of the equation when the policy is corporately owned.

Deploying a Shareholders Agreement is like implementing preventive measures for problems that can endanger the existence of the business and shareholder’s interest.

In short, it is a comprehensive, legally binding document that encloses plenty of delicate clauses. Make sure to hire a professional while drafting such an agreement. Contact CorpBiz’s associates to get precise information on the Share purchase agreement.

Know the Difference between Sh...

Do you often get confused between the term shareholder agreement and share purchase agreement? The agreement which...

What are the Important Facts R...

A commercial lease agreement is a type of contract that figures out the terms and conditions under a contract on wh...