A partnership is a relationship between two/more individuals who have mutually agreed to conduct business run by all or any one of them and share the profits and loss arising therefrom. The individuals who enter into a partnership are called partners individually and collectively, known as the Partnership Firm. The Indian Partnership Act, 1932 lays down the regulations of the rights and duties of partners amongst themselves and with respect to the partners and third parties pertaining to legal and contractual relations arising in the course of the business of the partnership. A Private Limited Company is an entity owned by a group of members called shareholders and ownership and liability in a Company is defined by the no. of shares held by the shareholders. An entity is recognized as a Company once it gets registered according to the Companies Act 2013 and is governed by the Ministry of Corporate Affairs (MCA). In this write-up, we will discuss the difference between Partnership Firm and Private Limited Company.

Partnerships firms are different from private limited companies in many ways. The only similarity between the two is that both are owned by a group of legal persons rather than an individual. Some of the major differences between the Partnership Firm and Private Limited Company are laid down below.

A partnership firm can be created by executing a partnership deed which delineates, inter alia, the underlying objects, terms, conditions, capital, profit and loss sharing arrangement. Once the deed is signed by the partners, a partnership deed comes into existence. There ought to be at least two partners.

The formation of a private limited company is a more elaborate process. The major steps involved are:

However, a private limited company is required to registered as per the Companies Act,2013. The registration of companies is regulated by the Registrar of Companies (RoCs) of the Central Government.

The profits of the firm are distributed between the partners as per the terms stated in this partnership deed.

With respect to a private limited company, there is no compulsion to distribute profits among its members. Profits are shared among the shareholders when dividends are declared.

In contrast, in a private limited company, the shareholders are only liable to the extent of the unpaid value of shares subscribed in the company

There is no minimum capital requirement for commencing a partnership firm.

However, the Companies Act. 2013 lays down that the authorized capital of a Pvt. Limited Company should be at least Rs. 100000/- (Rupees One Lakh only)

A partnership firm can be dissolved in many different ways, namely, by mutual consent of partners or by entering into an agreement to that effect. A firm may be compulsorily dissolved if all or all but one partner are declared insolvent or the firm is carrying out unlawful activities. It may also be dissolved on the happening of certain contingent events like expiry of a fixed term or task for which the partnership was formed, death of partner when there are only two partners or when there were more than two partners, the partnership would dissolve and other remaining partners will enter into a new agreement.

The winding-up of a company can be done voluntarily by selling its majority shareholding of the company. Here the stakes are transferred to another person or entity and the majority shareholders are discharged of their responsibilities. A Compulsory Winding-Up of a company is conducted by a Tribunal when such company is found to have indulged in an unlawful or fraudulent act. A petition is in this regard is filed to the tribunal to commence the winding-up process.

A Partnership Firm in India has no separate legal status separate from its partners.

However, a private limited company is an artificial separate legal entity and can hold assets and incur liability in its names.

On the other side, a Private Limited Company, is a separate legal entity separate from its members and a company, once registered, continues to exist regardless of the death of its members. Change of member or directors does not affect the existence of a company.

In a partnership firm, all partners are agents of one another and the firm and can bind the firm and its partners with respect to actions conducted in pursuance in business of the firm.

This is also one of the main differences between Partnership Firm and Private Limited Company. In a partnership firm, shares cannot be transferred to another partner or any their party without the consent of all the partners.

In a private company, a shareholder can be transferred according to the provisions of

If there is no express agreement to the contrary, all partners are entitled to the management and control of the running of the firm.

However, in a company, members are not entitled to participate unless they are appointed as directors. Although they do have the right to sit in on general meetings, voting rights for, inter alia, the election of auditors, appointment of directors.

The firm’s property, which is referred to as “Joint Estate” belongs to all the partners involved. It does not belong to anyone individually distinct from its partners. The property of a company is separated from that of its shareholders who can get it back only in the form of dividend or return of capital.

After discussing the differences between Partnership Firm and Private Limited Company[1], it concluded that, the Partnership firms provide more autonomy to its partners with the management and control of the firm as compared to shareholders of the company although the risk to the partners involved is graver as their personal assets can incur liability. Whereas in a private limited company, although the shareholders have limited rights, their liability only extends to the extent of the unpaid shares held by them in the company. However, private limited companies require adhering to many compliances to function smoothly as compared to a partnership firm. Partnership firms and private limited companies have their own set of advantages and disadvantages and choosing either of the two largely depends on the object of the business and stakeholders involved. 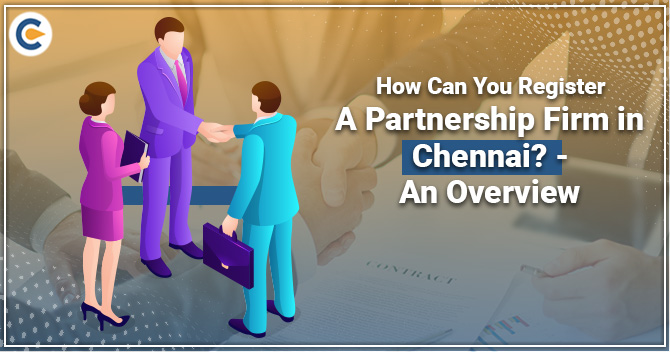 How Can You Register A Partnership Firm in Chennai? – An Overview

A Partnership Firm is one of the most used business structures in India, and it is way much easier to establish, an... 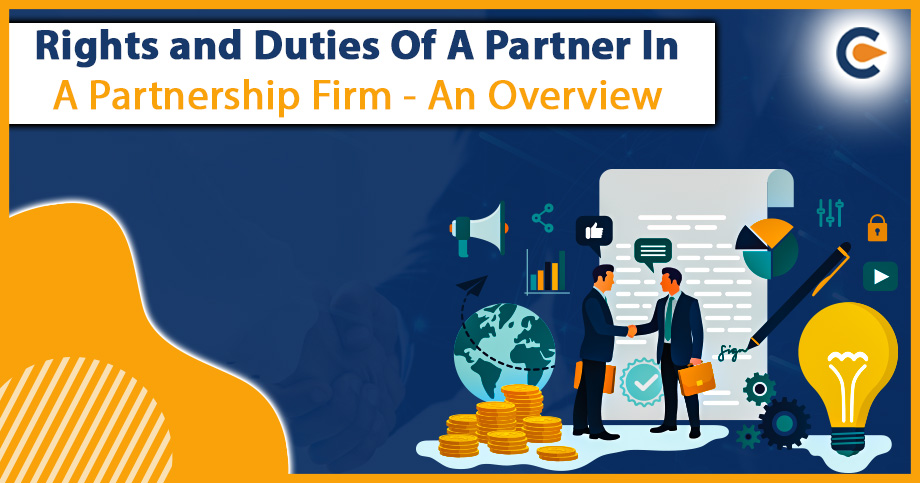