Difference Between Mutual Funds and Nidhi Company – An Overview 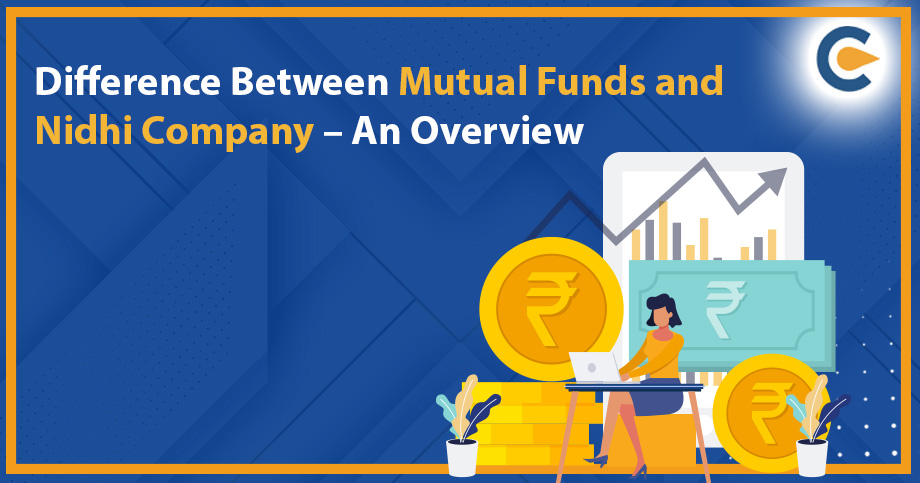 This article aims to highlight the difference between Mutual Funds and Nidhi Company. There are so many differences between the two and the only similarity between them is that both can operate only when a third party puts its resources into them. Before delving into the major differences between Mutual Funds and Nidhi Company, it is imperative to look into the basic characteristics of the two.

What is the Meaning of Mutual Funds and Nidhi Company?

You can check the meaning of Mutual Funds and Nidhi Company below:

Mutual Fund is an investment fund which is professionally managed by a money manager, and it allows investors, with a common investment objective, to pool their money together, and the money is further used to purchase multiple securities like bonds, stocks, government securities and other short-term debts. The income generated from this common investment pool is then proportionately distributed among the investors after deducting applicable taxes and other expenses based on the Net Asset Value (NAV). The NAV is the total market value of all the bonds, stocks, and other securities in a mutual fund on a particular day. It’s the price at which investors buy or redeem their mutual fund investments.

Professional fund managers invest the money collected in the mutual fund in tune with the pre-stated object of the fund for a fee charged by the fund house, which is deducted from the pool of money. This fee is determined as per guidelines laid down by the Securities & Exchange Board of India (SEBI). Mutual funds are apt for investors who do not possess in-depth knowledge of the market or lack huge amounts of money for investment.

To invest in mutual funds, having a PAN card is mandatory. One also needs to provide:

Nidhi Company is an entity which is registered under Section 406 of the Companies Act, 2013 and is regulated by the Ministry of Corporate Affairs under the Nidhi Rules, 2014. It is a Non-Banking Finance Company (NBFC) which has received certain exemptions from the RBI and does not need approval from the RBI prior to its registration. Nidhi Companies are formed with the objective of lending and borrowing money to its members. As defined under the Nidhi Rules, Nidhi Companies are incorporated with the object of “cultivating habit of thrift & savings among its member and receiving from and lending to the members of their mutual benefit & also duly complying with rules formed by the Central Government.”  They are also called Mutual Benefit Companies.

A Nidhi Company must be a public company incorporated with a minimum of seven shareholders and a minimum of three directors. Within one year post its incorporation, there should be at least two hundred shareholders, have net owned funds (equity share capital and free reserves after deducting accumulated losses intangible assets.) and of at least Rupees Ten Lakhs, have unencumbered term deposits of not less than 10 percent of the deposits and have 1:20 net owned funds to deposit ratio.

A Nidhi Company is prohibited from dealing with chit funds, hire-purchase finances, leasing of finances, securities business, insurance business, accepting from or lending funds to any other person/entity except its own members, issuing share or any debt instruments.

The documents for required the incorporation of a Nidhi Company are as follows:

There are many differences between Mutual Funds and Nidhi Company, and a few are listed below:

Mutual Funds[1] and Nidhi Company operate on different planes with different business models, objectives, structures, and modus operandi. Mutual Funds accept money from investors and further invest them in securities and offer returns to the investors in accordance with NAV. Nidhi Companies are Non-Banking Finance Companies (NBFC) which are formed with the objective of lending and borrowing money to their members. The only similarity between them is that both can operate only when a third party puts its resources into them and that both offer financial returns to parties depositing money to its pool of funds.

Read Our Article:Amendments in the SEBI (Mutual Funds) Regulations, 1996 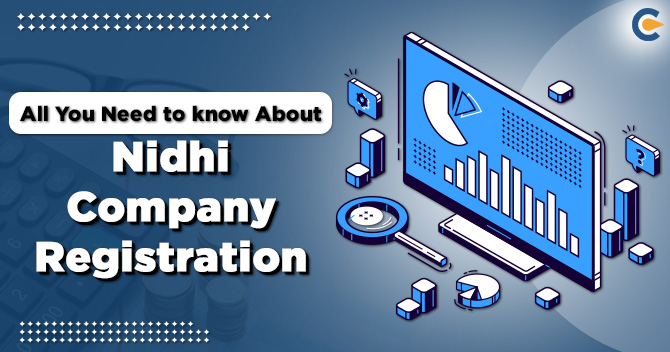 A Nidhi Company is a non-banking Indian finance company which is recognized under section 406 of the Companies Act,... 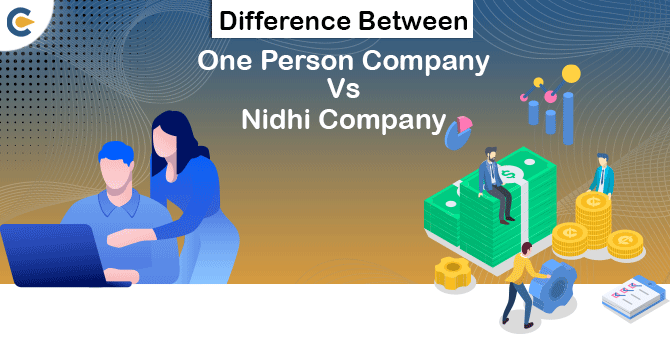 Difference Between One Person Company Vs Nidhi Company

To start a business is a complex task; funding or investing capital in a company is the most complicated task in In...