An Outlook on the Code on Social Security, 2020: Latest 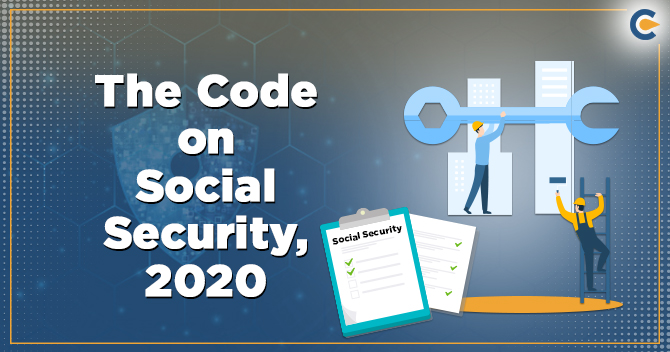 Introducing The Code on Social Security, 2020, the following Acts were repealed-

Reason for Merging the above Acts

Features of the Code on Social Security, 2020

The features of the bill are as follows-

The government’s move to initiate The Code on Social Security, 2020 was done to consolidate the laws related to social security and to make improvement over the previous versions of these labour laws. The merging of the said laws will facilitate implementation as well as remove the variety of definitions provided in the previous Acts. The merging was done with the concept of welfare and benefits of the workers.

Read our article:Latest Highlights on the Industrial Relations Code Bill, 2020

12% of GST applicable on manufacturing and supplying of different parts of Railway that includes knuckle, toggle, l...