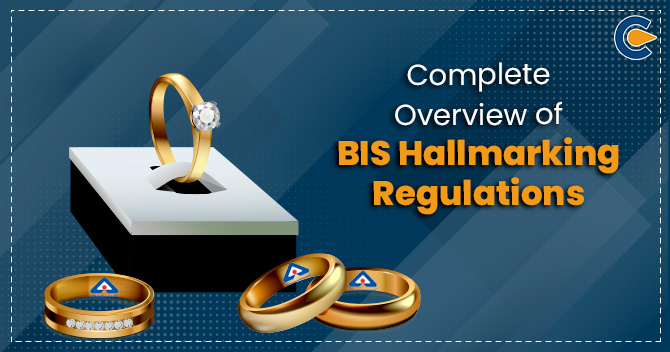 In India, in the current scenario, two Valuable Metals, specifically, Gold and Silver, have been brought under the domain of Hallmarking. On 14th June 2018, it was made mandatory by the Central Government with the consultation of BIS in accordance with Section 14 (1) of the Bureau of Indian Standards Act, 2016[1] via a governmental notification that the Valuable Metal Jewellery, i.e., Gold and Silver have to be Hallmarked in accordance with the BIS Hallmarking Regulations.

BIS Hallmarking Regulations are needed for the determination and maintenance of Official Records for the Proportionate quantity of the Valuable Metal with precision. The Procedure for Hallmarking jewellery is stated as follows –

As per last year, by 31st December 2021, approximately 1.30 Lakh Jewellers had Registered under BIS for the purpose of selling Hallmarked Jewellery with the maintenance of the BIS Hallmarking Regulations and currently, 1004 of BIS Recognised Assaying & Hallmarking (A&H) Centres are available in India. Last year, 4.49 Crore Jewellery was hallmarked offline; physically and through the Automated Computerised Procedure that was introduced last year, 5.5 Crore Jewellery was Hallmarked.

Read our Article:What is the Meaning of Hallmark Symbol on Gold?

Toys are a perfect source of amusement for children as they keep them entertained and engaged for hours. It is, hen...

Before you buy anything, what comes to your mind is can you trust the product or the producer company. Is there any...