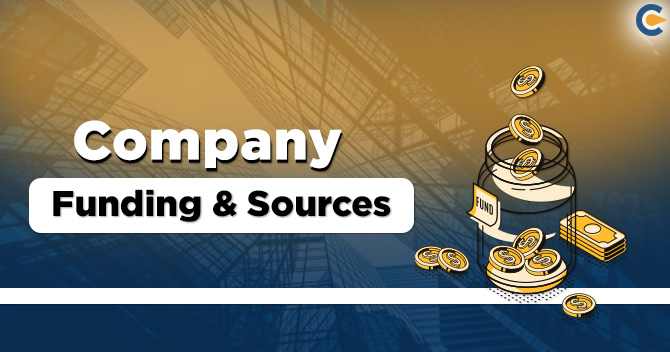 Companies in India usually differentiate by two categories, i.e., a public limited company and a private limited company. As per section 2(68) of Companies Act, the private company is the entity whose Article of Association (AOA) refuses the transferability of shares in any given state. It means that shares of the private companies are isolated from the outside public for funding purposes.

Whether it is private or public, every company needs ample funds to survive the competition. Finance acts as a fuel that propels the business and decides its fate. The Companies Act 2013[1] is the regulatory framework that governs all types of companies.

Private can borrow the fund from the following:-

Any fundraising of the private company seeks the approval of core members via Board’s Resolution, as per Section 179 (3) of the Companies Act, 2013

Funding in a Private Limited Company usually can get accomplished in two ways.

When it comes to Funding in Private Limited Company, the issuing of additional share capital is regarded as one of the most suitable options. It could help the company to raise the fund in no time and render better incentives to the shareholders. However, the company needs to ensure conformity with section 62 of the Companies Act, 2013, to serve this purpose.

Deposits from Directors and their Relatives

Deposit from Directors and their relatives is another source of Funding in Private Limited Company. However, this nature of fundraising is subjected to the following conditions. The relevant directors must give a written declaration regarding their assurance w.r.t the nature of fundraising. If the acquired funds were raised through the others, then it shall not be accepted as a deposit. Moreover, the detail of such a deposit needs to incorporate in the Board’s report.

List of the eligible depositors serving as Directors relative

Deposits from its employee

Fundraising via employee’s deposit in another conducive method of Funding in Private Limited Company. Such deposits cannot exceed the threshold of an employee’s annual salary as per the given provisions.

Deposits from its members

Section 73 (2) of the Companies Act, 2013, has a provision for Funding in Private Limited Company via member’s deposits. The following conditions need to be fulfilled in this aspect.

The provisions above do not apply to the following private companies:-

A loan from financial institutions: Fundraising via banks and other financial institutes is the most preferred way of money borrowing. Someone with a better credit record and market repo can easily raise loans from banks compared to other options, where money security is a major concern.

As per Section 42 of the Companies Act, 2013, private placement of shares to a selected group can also be a part of the fundraising strategy. Section 14 of Company Act 2013 and Companies (Prospectus and Allotment of Securities) Rules, 2014 cover the provisions for such arrangement.

This provision acts differently in case of allotment of securities. Such a section seeks approval of Registrar after the submission of relevant documents illustrating the detail regarding security holders, basic info, and the number of security.

Angel investors and venture capital also act as funding options available for private limited companies. The angel investors represent the groups of individuals, whereas the Venture capital is a company holding that seeks ownership stake in exchange for lending required funds.

Funds are crucial to run day to day business activities of the organization. The scarcity of finances can result in a liquidation of tangible assets. The deposits from different sources act as a reservoir of funds for the company that could be used to compensate for the loss. Since fundraising in the private limited company comes under strict compliance, the result could be penalty oriented if not undertaken correctly. If you still have some questions w.r.t Funding in a Private Limited Company Registration, kindly used our comment section for swift feedback.

Read our article:Powers of Registrar for Removal of Name of Company from Register of Companies

What is Article Of Association...

Every Company before or after its Incorporation, requires a set of rules and regulations to manage its relationship...

In the eyes of law, company is an artificial person who has a separate legal entity from its members. It is the res...