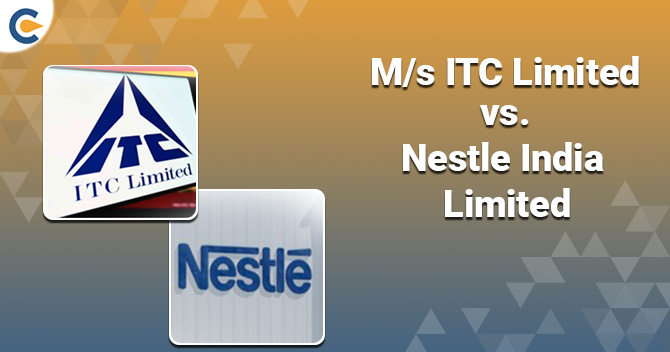 Using generic words as a trademark is a complex play and these words are not protected by Trademark law. In the trademark suit between ITC Limited vs. Nestle India Limited, the court has settled the issue by declaring that nobody has absolute right over the generic expression. Also, the court, in this case, held that the word “Magic” and “Masala” are common expressions that are generally used in the food industry and therefore not entitled to get statutory protection under Trademarks Act, 1999. In this write-up, we will discuss the relevant facts and findings that came out in the case of ITC Limited vs. Nestle India Limited.

Background of the Case-ITC Limited and Nestle India Limited

In the case of ITC Limited and Nestle India Limited, the court has settled the dispute after seven years of the filing. The court, in this case, stated that nobody has an absolute right over the general words or expressions.

Initially, the plaintiff company( ITC Limited) filed the case in the Court against the defendant company (Nestle India Limited) claiming the Trademark infringement of its mark “Magic Masala”. To its merits, the ITC Limited claims prior use of the word “Magic Masala”. ITC claimed this word as a sub-brand since 2010 when they introduced their initial brand, “Sun feast Yippee! Noodles Magic masala”. However, further on, Nestle Limited for selling their noodles started using the word “Magical Masala” in 2013.

On the contrary, the defendant company claimed that the expression “Magical Masala” is used as a general signifier and not as a trademark name. Also, the term “Magic Masala” used by the company was to compliment the quality of the masala in the sachet. The defendant contended that the words “Magic” and “Masala” are general expressions and cannot be subject to any trademark rights by any person debarring the right of others.

What is Passing off, and how the remedy for the same is granted?

A passing-off happens when another businessperson copies the essential features of a registered trademark but sells the product or process in his name. Passing off has a common-law remedy, and to seek this remedy the appellant has to go through the Classical Trinity test. The Clinical Trinity test assumes that the facts mentioned below must be proven:

Court’s Finding in the case of ITC Limited Vs. Nestle India Private Limited

In the given case, the court declares that the words “Magic” and “Masala” are generic words used in the food business, and such selection by the defendant company cannot be considered deceptive. Further, The Court referring to Section 9(1) (c ) of the Trademark Act stated that it is legitimate adoption by the Defendant company. No person can trademark the generic words, and such words cannot be excluded or protected by the Courts.

Furthermore, the court stated that the plaintiff had used the expression “Magic Masala” for value addition in masala. Hence, it cannot be considered a trademark. As the word Magic is not a unique term as it is very generic in the food business. So, the case cannot be considered as a passing-off as there is no visible similarity between the packing of the noodles sold by the two labels.

Conclusively, general illustrative words or expressions cannot get registered as a trademark. The General words or expressions are adjectives that indicate recognition or praise. These expressions reflect that the product or process is finest. The Laudatory words can be registered if it possesses secondary meaning that identifies them with a specific product. In this case of ITC Limited Vs. Nestle India Private Limited, Court noted that “Magic Masala” and “Magical Masala” are expressively common words and cannot be registered as Trademark names.

Everything you Need to Know ab...

The pandemic has toughened the belief that there are qualms surrounding us at all stages, levels and aspects of lif...