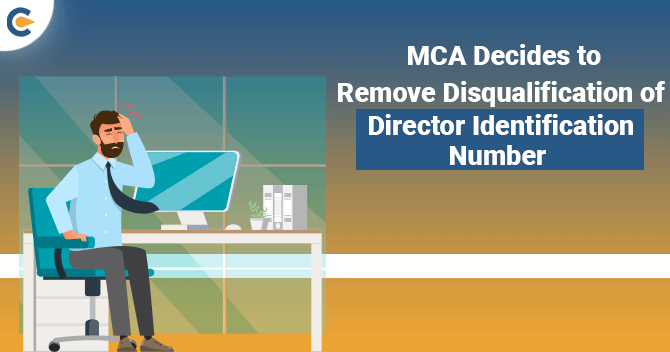 The Ministry of Corporate Affairs (MCA) has finally decided to remove the disqualification of DIN. The decision will only benefit directors that have been facing disqualification since 01st November 2016. The ministry notified the above matter through the notification released on 10/11/2021. Section 164 of the Companies Act, 2013 talks about the Disqualification of Director in different scenarios as discussed below.

Rules set out by the Companies Act, 2013 for disqualification of Directors

A registered entity is merely a legal entity, and hence it has no physical existence. It can only operate via the natural person. Such an individual, in legal parlance, is known as Director. Directors essentially deal with frontline affairs of a company that directly impact its growth. They are also recognized as the officers of a company.

A director is bound to address his/her obligations with diligence and good faith. Any non-compliance or breach of pre-determined provisions could trigger the scenario of disqualification. In 2017, the MCA disqualified over 3 00,000 Directors for their non-conformity with underlying conditions cited in Company Act, 2013.

According to the Companies Act, 2013, the scenario of disqualification of Director would come into play in the following events:

Note: The Director shall stand ineligible for appointment in any company if he/she has served imprisonment of seven or more years for any felony

As per the Companies Act, Disqualified directors shall stand ineligible to apply for the post of Directorship in any company. This limitation shall remain in effect for five years or as the case may be.

Available Remedies for Disqualification of Directors

MCA’s decision to get rid of the disqualification of DIN will surely come as a great deal of relief for Directors that have been restrained from performing their undertaking since 10-01-2016. All the defaulting officials can function as normal and even apply for the new assignment in other registered entities. 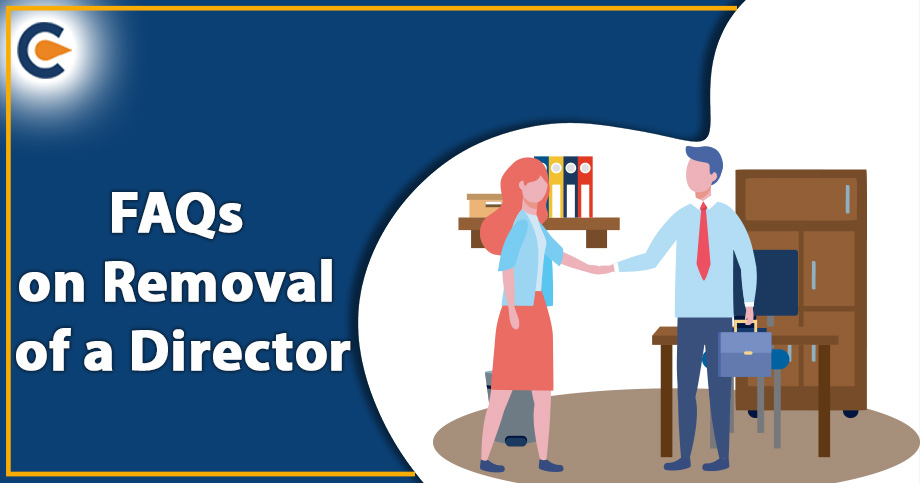 FAQs on Removal of a Director

The Company's Directors are responsible for managing & looking after day-to-day affairs of the Company. The sha...

The Directors never compromise on the fiduciary position, which they occupy concerning a Company. Hence, the Direct...