Letter Patent Appeal: Everything You Need to Know 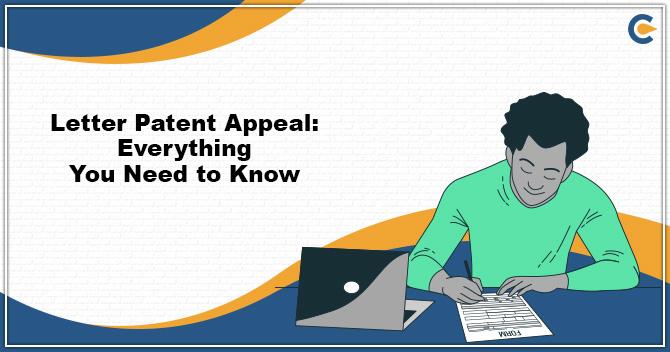 The Letter Patent Appeal, aka LPA, refers to an appeal by a petitioner against an order of an individual judge to another bench of the same court. It is a kind of redressal mechanism facilitated when the high court came into existence in India in 1865. This is the only remedy that is accessible to the petitioner via court against the judgment of a high court delivered by a single judge, otherwise, a remedy would lie only in the apex court

Oftentimes the judgment of a single judge came out to be baseless owing to non-legit facts. In this before approaching Apex court, the petitioner has the right to approach another bench having multiple judges.

So applying for a letter patent appeal petitioner will cut off plenty of expenses for moving to the apex court. Letter Patent Appeal (aka LPA) is an intra-court appeal in the high court as well as Supreme court and both have different norms pertaining to LPA. Generally, an order passed under Art 226 of the Constitution is appealable as a Letter patent appeal & an order passed under Art 227 is not stand eligible for appeal under this category.

If we pled before the high court against the judgment facilitated by the same court then it is referred to as intra-court appeal & the time frame for appealing in intra court has been maxed out at 30 days.

If we plead before the apex court i.e. Supreme Court against the judgment of the high court, then it is known as inter-court appeal & the time frame for appealing in such a court is maxed out at 90 days.

Can a Petitioner File An Appeal Against Any Order?

The petitioner is eligible to file an appeal against any order in a civil proceeding of the high court. If the case entails the substantial question of law which is pivotal & in the opinions of the said court then the court will approve to file an appeal.

If the case entails a substantial question of law that is vital & in the opinions of the high court then the only high court will approve to file an appeal.

The party who pled can urge the relevant question of law from the grounds & must prove that the court incorrectly interpret the constitution correctly for unbiased judgment.

For filing an appeal, an individual must submit the court fees in view of the rule book.

The petitioner should arrange the following document for the appealing process

In nowadays there is a requisite to prompt a court for a certificate of appeal. You are eligible to file a latent patent appeal (LPA) against an order without the certificate.

Filling an appeal typically have 30 or 90 days of max timeline in high court & Supreme Court. But since the legalities of writs can be different to each state, it is good to determine the letter patent rules of the concerned apex court.

Read our article:A Complete Outlook on the Patent Registration Documents

Before we talk about the ruling of the Supreme court or other high courts relating to letter patent appeal u/c 15 of letter patent.

It is pivotal to know & examine the several provision of law which are relevant.

The provision of Article 226 is as follows:

In article 226, the high court shall possess the power, to grant any individual or authority for including relevant cases, to the government, or for the enactment of any rights facilitated by Part III & for any other purpose.

The power which is conferred to this clause is to roll out direction or order to any government, authority, or any individual which is utilized by the high court relating to the cause of action either they are partly or wholly.

Power Of Superintendence Over All Court of law By The High Court: Article 227

The high court[1] administers all other tribunals & courts pursuant to its exercises. Without prejudice to the scope of the foregoing norms, the high court may call for return from said courts issues norms & prescribe forms for governing the practice & proceedings of such courts & prescribe forms in which entries, books, & accounts shall be kept by the officers of such courts.

How Patenting Can Help Start-U...

Fundraising is certainly one of the most challenging phases in a start-up’s business journey. Even the most aspir...

A Note on the Patent Protectio...

The Indian drug industry has witnessed huge success in the past few years due to its prompt adoption of evolving te...