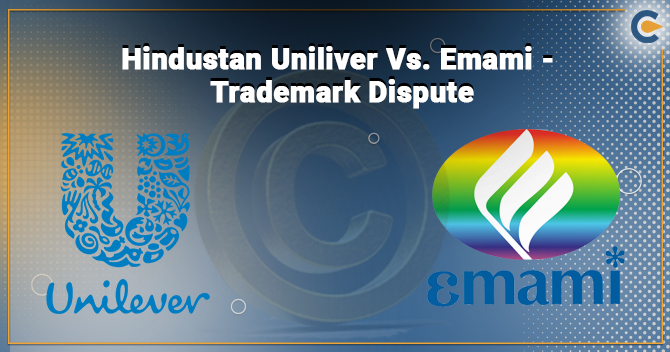 The Bombay HC dismissed the appeal filed by Emami Limited challenging the ex-parte order that was conceded by a Single Judge Bench on July 6th, 2020. The order had provided interim relief to Hindustan Unilever Limited in the continuing trademark dispute between the two companies.

Hindustan Unilever in recent times announced that it is going to drop all words extended prejudice such as “light”, “fair”, and “white” from its promotion as well as a branding campaign. However the effectiveness of change in the name of cosmetic[1] products remains disputed. Unilever reportedly earns approx INR 3250 crores annually from the sale of Fair & Lovely solely in India.

As brands progressively realize their social importance, Unilever initiated a massive campaign against discrimination originated from skin colors and decided to rename its product line Fair & Lovely to Glow & Lovely.

What are the Facts of the Incident?

According to the advisors, the trademark application filed after duly searching the Trademark Register and in the month of June in the year 2020, HUL again filed for the trademark registration on its products. The committee submitted the proof for FDA License attained to manufacture the products under the mark ‘Glow & Handsome’ in the Court on 3rd July. The License was issued to advertise the products and to make an official announcement.

Observation by the Court

The Court observed that since the plaintiff (Hindustan Unilever Limited) has duly filed for the trademark application in the month of September, 2018 and then July, 2020 but the plaintiff adapted the mark before filing of the application for Trademark.

The bench then dismissed the appeal after inspection of the impugned order stating that since the Single Bench intended to list the interim application for further relief seeked on 27th July thus it is not inclined to interfere with the previous order passed.

Read our article:A Deep Analysis on Benefits of Trademark Registration

What are the Legal Provisions Involved?

While Emami should prove that it sincerely and formerly adapted the trademark “Glow & Handsome” and Hindustan Unilever Limited’s use of it comprises infringement of Trademark.

Hindustan Unilever Limited applied for several trademark application with “Glow and Handsome” while only few of them got approved, “Glow and Lovely” and “Glow and Handsome” were not granted trademark registration. It was declared by the Trademark Registry that they were deficient in planning the designated purpose and were non-distinctive.

The matter is pending before the Intellectual Property Appellate Board (IPAB). On the other hand, filing of new applications by Hindustan Unilever Limited before the launch of rebranding campaign gives it a better claim over the claims by Emami Limited since it did not file for registration of trademark even after 7 days of introducing it in the digital market.

Registration is one of the primary claim in ownership of any trademark however the Indian Trademark Act, 1999 gives precedence to ‘adoption and use’ over ‘registration’ while determining the owner of any trademark.  Section 34 of the Trademark Act provides that any registered owner of a trademark can’t obstruct with the rights of a prior user of an identical or similar mark. For this reason, it will be appealing to see in whose favor the Court decides the Trademark dispute.

Hindustan Unilever Limited proceeded to attain permission from the Food and Drugs Administration for changing its trademark “Fair & Lovely” to the new mark “Glow & Lovely” for which the permission was granted on 2nd August 2020.

By a press release on 3rd July 2020, Hindustan Unilever Limited announced its planned use of “Glow & Handsome” for products formerly marketed as “Fair & Lovely”.

Claims by the Emami Limited

The Claims by the Emami Limited are-

Emami Limited’s legal advisors submitted that while Hindustan Unilever Limited could undoubtedly said to have amply advertised its new brand “Glow & Handsome” that replaces its previous well-known mark “Fair & Lovely” and at this stage, it was reasonable that there was a solid probability of uncertainty and confusion in the public if identical marks are permitted to hold the place for popular merchandises.

Trademark Dispute arising in Intellectual property rights are rising day by day. It is important to avert businesses from adapting unfair trade practices in order to maintain a playing field for everyone.

A well consideration approach towards trademark applications filing before launching a commodity can save businesses or corporations from getting into any legal troubles like the one in the case of Hindustan Uniliver Limited and Emami Limited. The final result of the case is yet to be decided and the issue shall be resolved by the Bombay High Court in the next hearing.

Trademark Journal: All You Nee...

Technically, the trademark journal is a weekly update about the registered trademarks that are published by the tra...

In July, the counterattack for legal conflict began when General Motors sued Ford for violating its trademarked dri...