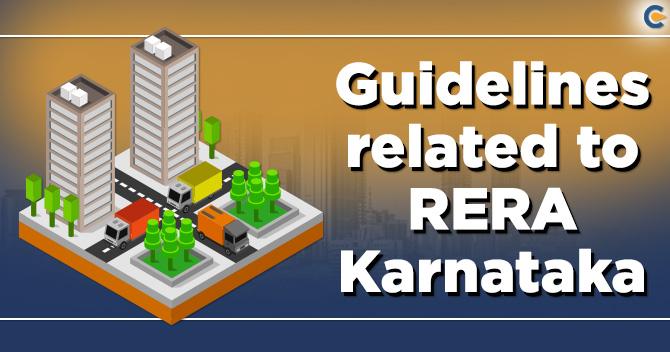 The RERA Act of 2016 is one of the prominent legislation passed by the Government. It intends to reform and refine the real estate sector, encouraging transparency, citizen centricity, accountability, and financial discipline. It aligns with India’s vast and booming economy, as in the coming years, many people would be investing in the real estate sector. The Government of Karnataka notified the RERA Karnataka Rules, 2017, on 10 July 2017 and launched the website on 24 July 2017.

Under this Act, the Real Estate Agent has to furnish the following documents for registration along with the necessary forms filed with the Regulatory Authority.

What is there for buyers?

Under Section 37 of the RERA Act, 2016, the RERA Karnataka has vested power to issue directions to the promoters, allottees, or real estate agents from time to time, as it considers necessary from time to time. However, Under Section 34(e) of the Real Estate (Regulation and Development) Act 2016, the RERA Karnataka is vested with the power to fix the standard fees to be levied on the allottees or promoter or real estate agents for various services carried out by the Authority, pertaining to operationalize a web-based online system.

It provides services on a transactional basis for updating registration of the project, technical clearance, and permission, etc., rendered by the Authority. It has also been decided to levy the charges, which was over and above the charges of the Authority as specified in the Rules, which also includes updating a website, database management and maintenance of a website, etc.

The bank charges and taxes must be charged extra on the actual basis to be paid by the user. Hence, it felt necessary to issue further directions on the fees for the specific services. Hence, the charges for the following services rendered by RERA Karnataka are as bellow:

Charges for inspection of documents and certified copies of the documents must be applicable as under RTI Act and Rules as amended from time to time. It is to be also noted that the levy of the above-prescribed charges will be effective commencing from this 15-02-2020 irrespective of the date of submitting of application and approval thereof, till further revision.

Read our article:RERA Complaint or Consumer forum (NCDRC): Which is better?

Guidelines for Project Registration in Karnataka

RERA Karnataka has become operational since 24 July 2017, and currently, many projects and agents are enrolled with RERA Karnataka. According to section 3, every promoter must register its project before selling or marketing it. On must ensure speedy registration and requires to comply as per the requirements of the Act. The RERA Karnataka has issued the following guidelines in respect of project registration.

Guidelines for Releasing any Advertisement in Print and Electronic Media

RERA Karnataka issued a circular in respect to “Guidelines for releasing any advertisement in print and Electronic media.” Advertisement, as defined in section 2(b), any document described or issued as advertisement through any medium, which includes any notice, circular or other documents or publicity in any form. It informs people about a real estate project, or offering for sale of an apartment, plot, or building or inviting persons to purchase in any manner such building, plot, or apartment and make deposits for such purposes.

This circular states that verified Real Estate projects are promoted in the digital portals, which works as online intermediaries for promoting the project across the state of Karnataka. It was further found that most of the advertisements were advertised without indicating RERA Karnataka Registration details as prescribed under the provision of the RERA Act, 2016. Hence, it is construed as digital portals are providing incorrect information about real estate projects.

Promoters and agents must keep the above points in mind while releasing advertisements. If promoter/agents fail to comply, action will be initiated under the provision of the RERA Act 2016[1]. Hence all the digital portals have to ensure the compliance of for advertisement to be carried out and listed publications too, from the advertiser in accordance guidelines.

The Authority has been designed to keep the above factors in mind that reflects the values of the basic Authority’s functioning of RERA Karnataka. It portrays the Authority’s commitment to have a caring, nurturing environment for promoting the real estate sector. The design & choice of the emblem embodies a spirit that underpins the Authority’s work – representing tranquillity, prosperity, and transparency.

Read our article:Comprehensive Guide on RERA Registration for Promoters 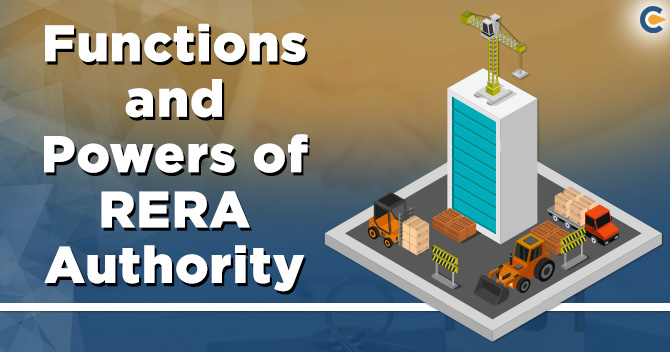 Functions and Powers of RERA Authority

The motive behind an introduction of the RERA Act, 2016, was to ensure greater transparency, speedy dispute redress... According to provisions of section 3 of RERA Act, all the real estate projects from 01 May 2017 including ongoing p...