An Outlook on Famous Trademark Infringement Cases in India 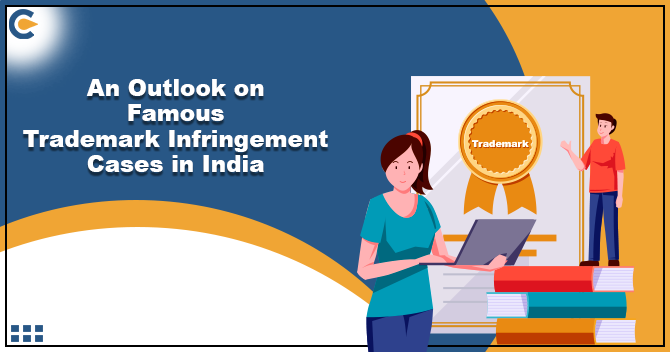 Brand building isn’t something you can achieve overnight. It seeks a tremendous amount of hardship, adequate capital. And once your brand cements its place in the target markets, it becomes more vulnerable to infringement. This is where trademark protection comes into play. Businesses often choose trademark protection in India to avail nationwide protection from infringers. Although, there are alternative options to get worldwide protection via International Trademark Association & Madrid Protocol. Many brands, particularly the famous ones, are more exposed to infringement risk.

Following are some famous trademark infringement cases in India that offer better clarity on how trademark laws work.

Yahoo.com was registered by Yahoo Inc with Network Sol. Inc in1995, which facilitates a wide array of online services. The trademark Yahoo owns the legal status in 65 countries, excluding India.

The defendant, i.e. Akash Arora, started to facilitate services identical to those rendered by Yahoo.com under the name Yahoo India. Yahoo Inc had sued the accused of using a trademark identical to its own & passing off this service identical to the plaintiff.

Whether the act of Akash Arora while registering the domain name of Yahoo India to offer some services similar to those offered by Yahoo Inc is an infringement of the trademark of Yahoo Inc and results in passing-off under the concerned sections of the Trade and Merchandise Marks Act?

When an accused does business activities under a name that is identical to the name under which the complainant is trading and that name has earned substantial goodwill & the masses are likely to be misled that the accused’s business is the complainant’s business or is a department or brand of the complainant, the accused is accountable for action in passing off.

Yahoo Inc argued that the defendant acquired the domain name of Yahoo to render services identical to those of Yahoo Inc & had strived to cash in on the reputation earned by Yahoo Inc because there was a possibility of a user getting deceived, believing that either of the domain names belongs to the same company, i.e. Yahoo Inc.

Thus, Yahoo.Inc insisted that the defendant is liable for passing off.

As the two domain names/trademark ‘Yahoo!’ and ‘Yahoo India!’ were nearly identical & the latter offered services identical to those offered by the former & the latter passed them off as being rendered by Yahoo.Inc, the honourable court held the defendant liable for passing off & refrained him from using the identical domain name.

The judgment of the court was based on the rationale that where the value of the brand name lies in its similarity with another name of another company, the masses is likely to get confused by using such brand name, and such undertaking would lead to passing off.

The decision of the court in the present case is based on that where the value of the name solely lies only in its resemblance to the trademark name of another enterprises, the public is likely to get deceived by the use of such name and such act would amount to passing off.

Another cyber-squatting problem where the Academy award was sued the popular domain retailer GoDaddy[1]. It was the dispute that continued for five years. In the appeal  the plantiff claimed that the defendant  was intentionally letting the consumers buy  a deceptively identical domain name like 2011Oscars.com, etc.

It claimed on permitting individuals to pass on the profit that wished to part on said domains & claimed a part of revenue. ‘Potentially confusing’. But, eventually, the judge ordered that the defendant has no malicious intent to profit from their domain sales.

Initially, the Academy argued that there were 57 domain names sold by the defendant who had no requisite bad faith to profit from the sales of the domain name.

This legal dispute lasted for five years and was considered a costly affair. While this legal dispute was remarkably costly, it favoured the cybersquatting space & the defendant came out clean.

In this legal case, the renowned brand Bisleri was accused by the master contract of having transfer & confer the trademark rights for MAAZA, a Coke brand. It also accords the formulation rights, technical know-how, and Intellectual Property Right along with goodwill for bottling & trading a mango fruit drink- Maaza to Coca Cola.

Now, the accused applied for Trademark protection for the term MAAZA in Turkey & begin shipping the product under the given name. The complainant pleaded for permanent injunction and infringement damages for trademark & passing off since it was accorded to them by the Bisleri.

Eventually, the court ordered the interim injunction for the defendant for using the trademark, even putting it up for exportation, which was a case of trademark violation.

The Louis Vuitton Dak is a famous fried chicken restaurant based in South Korea. This popular restaurant lost the battle against the world-renowned designer Louis Vuitton. The court rendered their judgment favouring the plaintiff, i.e. Louis Vuitton, by concluding that the restaurant name breaches the concept of distinctiveness cited in the trademark law.

Also, the logo and the packaging of the restaurant are deceptively identical to that of the designer’s iconic imagery.

This compelled the defendant to altered its name to LOUISVUI TONDAK, for which it was subjected to a fine of $14.5 million. Thus, if you are a business, ensure maintaining a safe distance to popular names and try not to replicate them.

The brand name ZARA needs no introduction as it is one of the most admired fashion brands in the world.

The case came to light in the year 2010 when this Spanish apparel giant caught a Delhi-based restaurant using a similar brand name.

Consequently, ZARA fashion sued the restaurant, and the case went into the Delhi High court. In the presence of strong evidence, the court ruled out the judgement in favour of plaintiff by restraining the defendant from using the same brand name,

Brand protection is a tedious undertaking, especially for popular businesses. The provisions under the trademark law are way too stringent when penalizing deceptively similar brand names. Henceforth, it is advisable for every business owner to stay in line with underlying norms and make sure their brand name;

Every business must comprehend the basic paradigm of the trademark laws to ensure better and hassle-free protection for their brand. It is best to appoint experts from the legal domain with a specialization in trademark law. This way, you can mitigate the possibility of deviating from underlying provisions and keep your brand name safe as long as possible.

So that is all about the Trademark Infringement Cases in India. Do not forget to prompt us if you need some advice on the same.

Trade Name vs Trademark- Do yo...

People often confused between the trade name and trademark as they are considered similar. But the fact is both the...

In our country, Trademarks are registered under the Trademarks Act, 1999. A company or individual seeking a tradema...