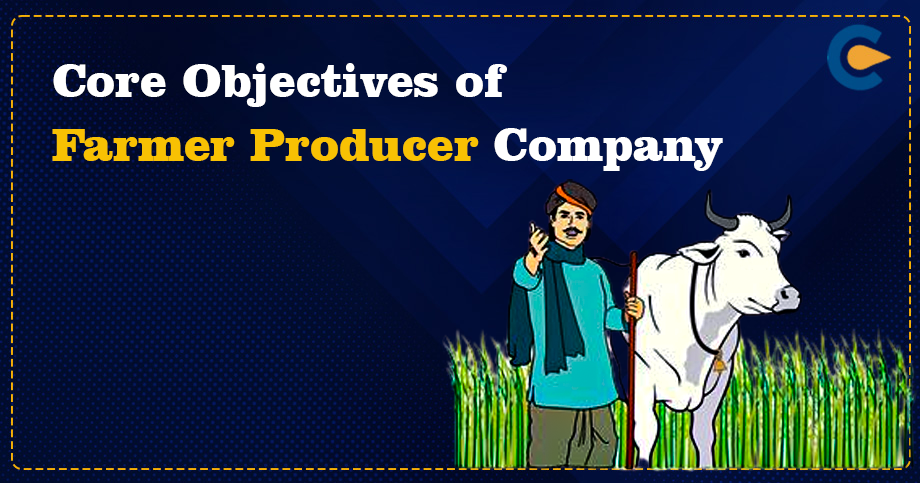 On the recommendation of Y.K. Alagh, an expert committee led by noted economists set up producer companies in 2002 by incorporating a new chapter into the Companies Act of 1956. The producer company is a corporate body registered as a Producer Company under the Companies Act, 1956. Its principal activities consist of processing, grading, procurement, production, handling, pooling, harvesting, marketing, selling, export of primary produce of the members or import of goods or services for their benefit. It also includes promoting mutual assistance, financial services, welfare measures, and insurance for producers or their primary produce. Further, we will be discussing the objectives of Farmer Producer Company.

The main idea behind the FPOs is that the farmers who produce agricultural products can form groups and register themselves under the Companies Act of 2013[1]. Now we will discuss the objectives of Farmer Producer Company

The following are the main Objectives of Farmer Producer Company

A Farmer Producer Company or FPC is a group of farmers that work together to increase their revenue & enhance their standard of life. This company can be formed in India with ten members and two institutions. More than 80% of farmers are unorganized & have tiny/marginal holdings. This company encourages farmers and assists them in reaching their economic potential by pursuing the following goals.

The following are the benefits of Farmer Producer Company

Benefits to a member of Farmers Producer Companies

The following are the problems faced by the Farmers Producer companies follows.

In this article, we majorly discuss the main Objectives of Farmer Producer Company. Further, we have also discussed the Lack of amenities and land fragmentation makes it challenging for most farmers in India to attain good value for the primary output. Regarding purchasing at the lowest prices, getting access to financing and loans, adopting new technologies & developing direct links to the market, producers in India benefit from the economies of scale provided by producer businesses.

Know the Provisions for Changi...

The notion of producer Company was introduced in India to enable cooperatives to operate as a corporate establishme...

After being promulgated on June 5, 2020, the Essential Commodities Amendment Bill, 2020 finally gets the authentica...