The Karnataka HC has upheld the laws that permit concurrent levy of  GST, excise duty, & the NCCD on tobacco products. Justice S. Sunil Dutt rendered the judgment while dismissing the petitions filed by several tobacco manufacturers, including V.S products. The constitutional validity of Section 174 of the GST Act, 2017 was challenged by the petitioner, which permits the continual levy of excise duty on tobacco & tobacco-based items along with the GST and NCCD that comes under Section 136 of Finance Act, 2001

Note: Presently, tobacco products are taxable at the highest slab of GST at 28 %, being ‘sin goods’ & further subjected to additional duties like NCCD.

Arguments made by the Court w.r.t tax imposition

Rejecting the arguments of the petitioners, the Court argued – Despite the amendment to the Constitution via Article 254A for enacting a law to regulate goods and services tax, Parliament had retained its power as per Article 246 for imposing duties on certain items, which include tobacco and tobacco-based items post-GST regime.

It’s noteworthy that Article 246 continues to serve as the source of power even post the arrival of Article 246A.

The amendment List-I [of the Constitution], Entry 84, whereby the legislation manifesting imposition of a duty of excise on items manufactured related to tobacco, does signify the well thought out intention to retain the exercise of power under Article 246 even post the arrival of Article 246A,” ,” the Court observed.

The Court also stated that “the legislature has the liberty to decide on the methodology of revenue creation. The courts should proceed cautiously while engaging with legislation based on fiscal policy.

In the process of accomplishing the ultimate objective as aimed while implementing the GST, the continuance of levies under the preceding legislation unless barred should be allowed as being competent among the prevailing source of power which cannot be overcome by resort to argument depending on objects (averting cascading taxes) of GST Act, Court said

On the imposition of the NCCD, which was implemented for the purpose of minimizing consumption, the Court argued that the levy of independent duty relating to a particular object cannot be specified to be a classification without basis. The Court also rejected the petitioners’ argument that imposition of basic excise duty and NCCD is disruptive of right equity before law.

There is no denying that the tobacco industry serves as a prominent source of revenue for tax authorities and the Government. Some tobacco manufacturers have recently raised their concerns regarding the imposition of several taxes on tobacco products since it compromising their profit margin. On the other hand, the Court has a different thought on that as they believe that imposing these taxes does not seem unfair by all means since it helps achieve fiscal and social objectives. 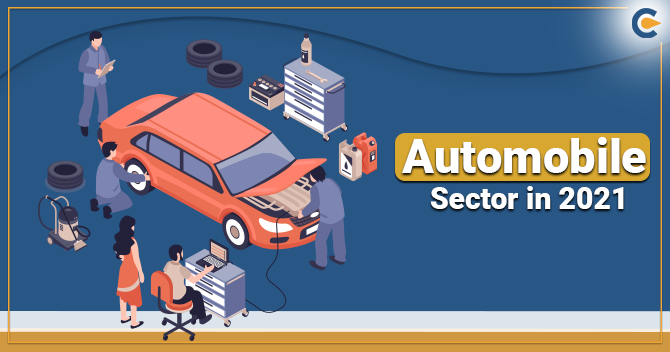 Automobile Sector in 2021: Will it Continue to Struggle or get some Relief from the Government?

Recession and severe dip in growth is not new to the automobile sector. Even before the pandemic outbreak, this sec... Are You Aware Of The Liabilities Under GST In Case Of Death And Dissolution?

In this situation, if the legal heir or legal representative or successor of a deceased person does not intend to c...