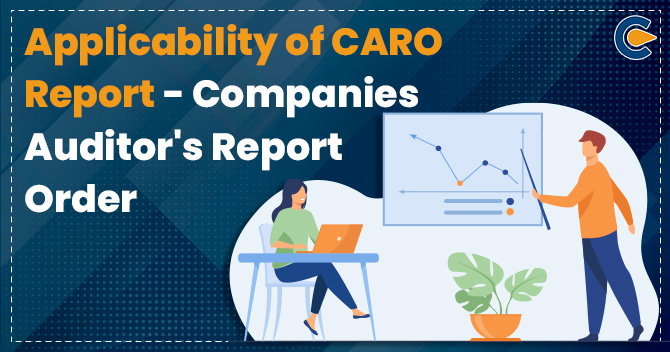 Section 143(11) of Companies Act 2013 empowers Central Government to notify certain matters for inclusion in an auditor’s report for a specific class of companies. CARO 2020 is issued with enhanced disclosure by the auditors in their audit report on the basis of recommendations made by a committee set up by the Ministry.

CARO 2020 is applicable on all reports issued by the statutory auditors on accounts of each company audited for financial years starting from or after 1st April 2021. Such CARO reports are issued under Section 143 of the Companies Act 2013.

Applicability of the CARO report is dependent on section 143 (11). Section 143 of Companies Act 2013, in its sub-section 11, states that Central Government, in consultation with the NFRA, be general or special order may in respect of such specific class or description of companies as specified in the order that the auditor’s report includes any statement on the matters as specified therein.

The CARO 2020 is the same as CARO 2016. It is applicable to all the companies to which CARO 2016 was applicable. However, it is not applicable to consolidated financial statements like CARO 2016. Ministry of Corporate Affairs has deferred the applicability of CARO 2020 from the financial year commencing from 1st April 2021 instead of 1st April 2020 as per its notification of 17th December 2020. It was done to ease the burden on companies and their auditors for the year 2020-21 amid coronavirus disease (Covid-19).

CARO 2020 applies to all companies, including any foreign company, except for the followings:

Applicability of CARO Report is on the following matters:

New clauses added under Companies (Auditor’s Report) Order, 2020 for applicability of CARO report are as follows:

Certain clauses of CARO 2016 are modified in CARO 2020 for the applicability of the CARO report, and such modified clauses are as follows:

The clauses of CARO 2016 that remain untouched or unchanged in CARO 2020 for applicability in the CARO Report are as follows:

An overview – Outsourcing of...

Nowadays, most of the companies prefer to outsource their accounts payable services. The reason behind this is that...