What are the Core Objectives of SAFTA? 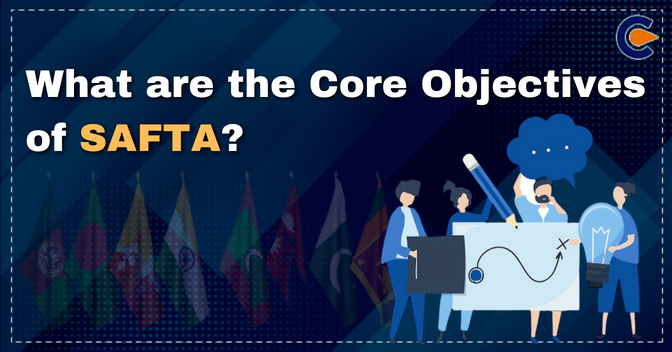 The South Asia Free Trade Area, also known as SAFTA Agreement, was signed on 6 January 2004 at the 12th SAARC[1] Summit in Pakistan (Islamabad). The treaty came into force on 1st January 2006 and will be fully implemented by 31st December 2015. SAFTA is intended to strengthen intra-SAARC economic cooperation and maximise the region’s economic and social potential through various instruments of trade liberalisation. The agreement binds each contracting state to reduce tariffs by 0-5 % by 31 December 2015. South Asian countries have been moving towards a SAFTA in recent years. SAFTA is considered the key to success to trade Liberalisation, economic growth, and welfare gains for the 7 countries in the South Asia region. Potential gains by SAFTA exist, but successful implementation & significant welfare gains are unlikely to be achieved under this agreement. Here are many obstacles to the enforcement and implementation of SAFTA. Unresolved political tensions and low-income classes will likely derail much of the agreement’s progress. Countries of the region are encouraging unilateral & bilateral liberalisations that may be more efficient and effective ways to achieve economic growth & development among member countries. In this blog, we will discuss the Core Objectives of SAFTA.

The primary objectives of SAFTA are to promote competition in the region while providing advantages to the countries involved. The agreement will advantage the people of South Asia by bringing transparency & integrity among the nations by reducing tariffs & trade barriers. Ultimately it establishes a framework for regional cooperation. The devices to help fulfil these objectives of SAFTA are as follows:

SAFTA will be governed under the following principles:

It is called creating the free trade area to enhance the signed member countries’ relationship and reduce customs duties.

The primary objectives of SAFTA are to benefit the small economies of countries like Bhutan, Maldives, and Bangladesh. It is still debatable whether SAFTA will achieve its porpuses or not. Potential gains from SAFTA exist, but successful implementation & significant welfare gains are unlikely to be completed under this agreement. There are many obstacles to the implementation and enforcement of SAFTA. Unresolved political tensions & low-income groups are likely to derail much of the agreement’s progress.

Read our Article:How to Get SAFTA Certificate in India?

How to Get SAFTA Certificate i...