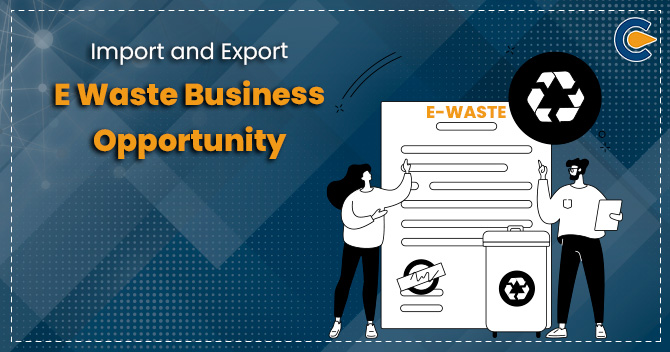 The shift in the market economy and the introduction of new products have paved the way for many new and innovative enterprises that not only help in the growth of the country but also have a positive effect on the overall environment of the country. E-Waste business opportunity is one field that has helped in the generation of many new types of businesses, including PROs, import and export businesses etc.

Basel Convention on the Control of Transboundary Movements of Hazardous Wastes and their Disposal, which is the multilateral agreement negotiated under UNEP (the United Nations Environment Program), provides for International regulations for standards/guidelines of cross-boundary transport of hazardous waste or another type of waste including the norm of obtaining notice to and written confirmation from the country receiving the exported waste.

In India, this regulation on the Import and export of the E-waste is governed under E-Waste (Management) Rules, 2016. Under these rules, the provisions are provided for producers’, manufacturers, collection centres, and dealers etc., who are involved in the manufacture, sale, transfer, purchase, and collection and processing of E-Waste.

Although the terms “Importers” and “Exporters” are not defined under E-Waste (Management) Rules, they can be understood under the definition “Producers” and “dealers”, which include the person who sells or buy the electrical and electronic equipment or their component or their spare parts.

According to a 2020 assessment by the Centre for Science and Environment (CSE), electrical equipment accounts for 9.62 per cent of total imports. In the last six years, the Import of electrical and electronic equipment (EEE) has increased at a pace of 12.3% per year, with a negative growth rate in 2019–20.

Therefore E-Waste Management rules, 2016 dictate regulations regarding Import which include:-

Liabilities of the importers

Under clause 21 of the Rules, 2016, importers are held liable for any damage they have caused to the environment or any other party because of their mishandling and mismanagement by the importer. They may also be asked to pay a fine under E-Waste (Management) Rule, 2016.

As per the data available, India has 90 E-Waste Scrap Export Shipments with around 15 suppliers mainly exported to Myanmar, Hong Kong and South Korea. The Export of E-Waste in India is governed by many different enforcing agencies like the Ministry of Environment, Forest and Climate Change, Central Pollution Control Board, State Pollution Control Board, Directorate General of Foreign Trade and Port Authority and customs Authorities under the Customs Act, 1964.

Procedure for acquiring the license for Export of E-Waste

Although due to the large E-Waste production in India, import or dumping of E-Waste under Hazardous and Other Waste (Management and Transboundary Movement) Rules, 2016 is declared illegal, the E-Waste from developed countries is still imported into India under the pretence of refurbished and re-exportation second-hand goods. This becomes possible due to the lack of proper regulations and resources of the nodal body of excise, which have resulted in a staggering amount of E-Waste in India. As per the estimates of the Directorate General of Foreign Trade, the illegal Import of e-waste in the country stands at about 50,000 tonnes annually.

Therefore before taking advantage of Import and Export E-Waste Business opportunity, it is very important for the potential importer and exporters to keep in mind their environmental responsibility and regulations to avoid confusion and misinformation.

Read our Article:How to open e-waste business in Delhi 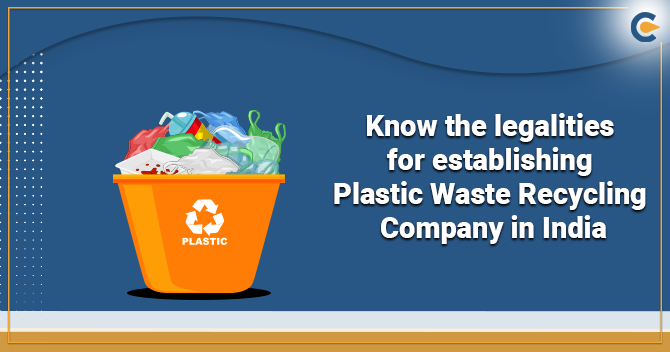 Wide-spread environmental concerns regarding plastic waste lead to a rapid surge in demand for the plastic recyclin... 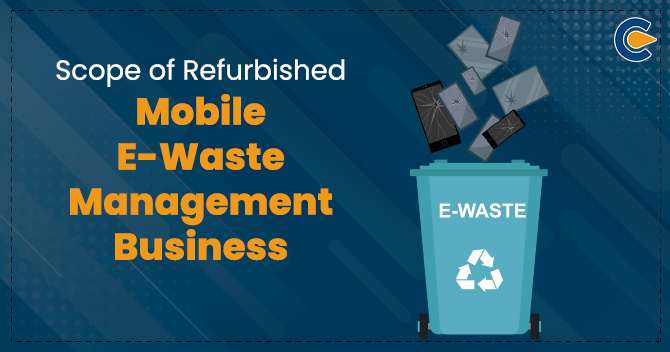 Management of E-Waste in India is mainly done by using two processes including the process of refurbishment/reuse/r...