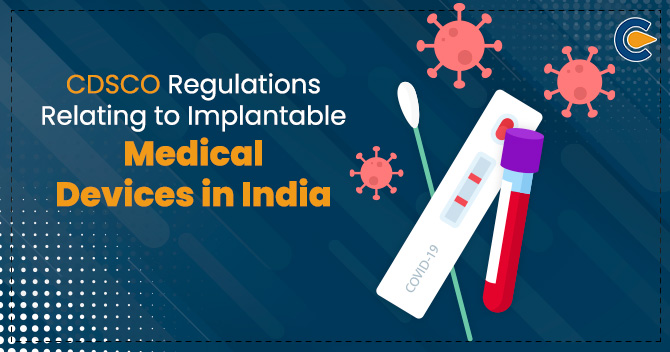 Registration of Implantable Medical Devices has been declared mandatory which has been effective from 1st April 2021.  The Ministry of Consumer Affairs, Food and Public Distribution sent a proposal to the Central Licensing Authority, that is, the Central Drugs Standard Control Organisation[1], which is also known as the CDSCO, for including such Medical Devices in the category of mandatory registrations under the Medical Devices Rules, 2017, along with the registration for other mandated necessary certifications such as the Bureau of Indian Standards, which is also known as BIS.

In accordance with the Notification 648 (E) issued by the CDSCO under the Medical Device Rules, 2017, it is specified that for such Medical Devices utilised for the following categories mentioned below will be categorised as drugs from 1st April 2020 –

The Registration of Implantable Medical Devices to be registered under CDSCO is essential for avoiding the marketing of any misbranded devices, inferior quality of devices, misdiagnosis and generating reports from such medical devices that are completely inaccurate, etc. which may result in severe health risks. As Health Care Expenditure is increasing rapidly day by day, resulting in the public opting for more Self Care Management options. This practice has increased, primarily due to the impact of the COVID-19 situation resulting in such Medical Devices being accurately categorised and to be easily accessible to the public in mass quantities.

The CDSCO has issued an all-inclusive detailed checklist of Application and Approval Forms for medical devices classified as Class C, and Class D that is mandated to be duly filled and submitted for being registered for obtaining the CDSCO Certification is specified as follows –

The applicant is mandated for applying for the applicable license by submitting the appropriate application form and approval form along with the required documents specified by CDSCO and the prescribed fees.

The Ministry of Health and Family Welfare, which falls under the authorisation of the Government of India, issued a Notification for Implantable Medical Devices stating to be effective mandatory from 1st April 2021 for manufacturers of such Medical Devices to issue Importing and Manufacturing Licenses from the Central or State Level Licensing Authority, whichever may deem applicable. The CDSCO Regulations need to be maintained in accordance with Rule 97 of the Medical Device Rules, 2017, which is also known as MDR 2017, along with the Drugs and Cosmetic Rules, which is also referred to in Rule 2 of MDR 2017.

Read our Article:Regulation for all Medical Devices under CDSCO Directive 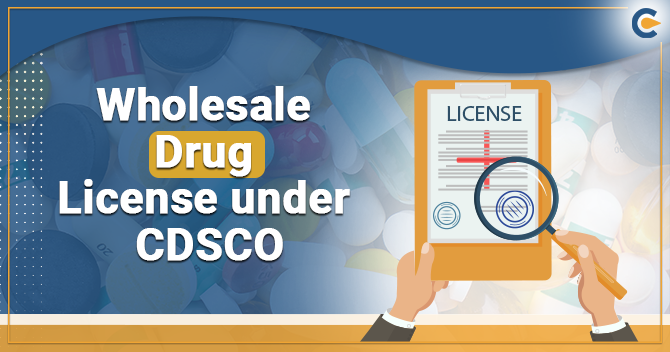 Are you a proactive entrepreneur who wishes to earn unparalleled credibility in the field of pharmaceuticals? The d... 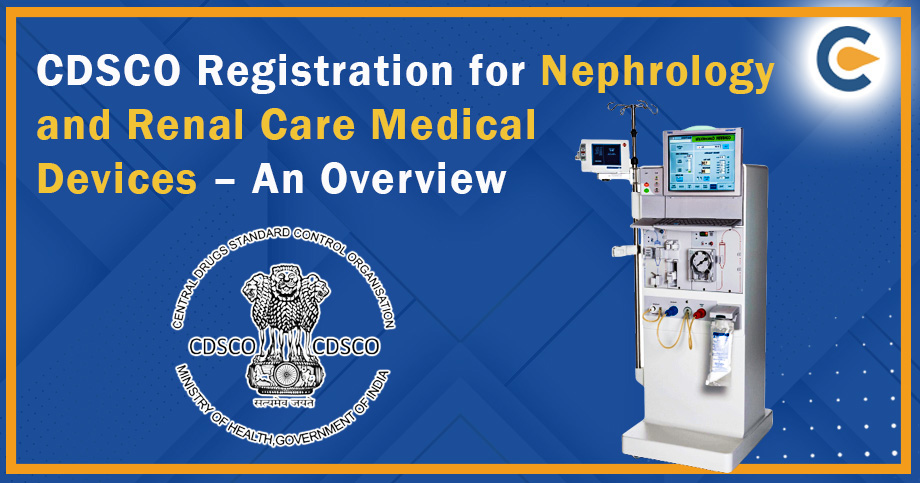 There is an assortment of medical devices used in the diagnosis and treatment of kidney-related diseases. The devic...