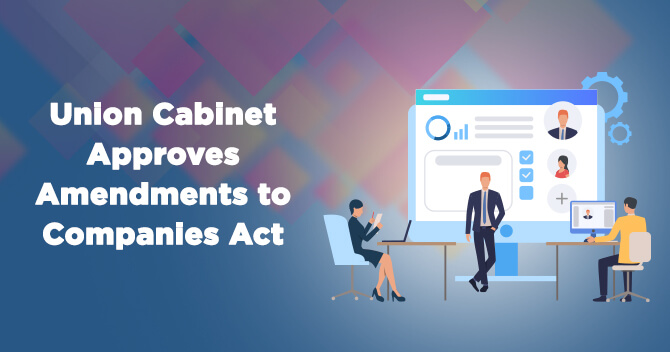 Since the institution of the Companies Act, 2013, the Government of India has undertaken various amendments to the Act, including the recent amendment to decriminalize various offences. The Union Cabinet meeting, chaired by Prime Minister Narendra Modi, on Wednesday gave its approval to the Companies (Second Amendment) Bill, 2019[1]. The bill has been set out to amend the Companies Act, 2013. The cabinet approved as many as 72 amendments to 65 sections of the Companies Act. The Companies (Second Amendment) Bill, 2019 would remove criminality under the Act in case of defaults which can be determined objectively, which lack the element of fraud or do not involve larger public interest. The Amendment Bill will become a law after it is passed by both the houses of the Parliament and receives Presidential nod.