“Many things are difficult to design prove easy to performance”. Let the people recognize and appreciate your Public Performance. Also, protect your creativity from reproduction or infringement by getting the Copyright for Public Performance Right/License done and enjoy the privileges!

Performing right is the permission granted to perform music in public. The lawful right to publicly display a film or video is called Public Performance Rights. Generally, the media producer or the distributor manages these Public Performance Rights. As a matter of fact, a section of copyright law demands payment to the music's composer/lyricist and publisher. If the performances take place in a public place and the audience is beyond a normal circle of friends and family, then the Performances are considered as "public".

A public performance license is an arrangement between a music user and the owner of a copyrighted song that permits the user to play the song in public, online, or on radio. This permission is termed as Public performance rights or Performing Rights.

The Public performances include concert discotheque, restaurants, programs, and cable television, radio, and any other telecast performance of a live song. To perform a song publicly, permission must be granted by the copyright holder or a major rights organization.

Public Performance Right is required when a music user is screening any copyrighted song (Work) to the public for purposes that are considered as the outside of the regular program-based instruction. They are as follows:-

The music user (Individual and organization) is accountable and liable for obtaining the performance rights for all publicly telecast channel.

Why it is Important to Obtain a Public Performance License?

Copyright for a Public Performance Right/License is a legal expression used to express the rights that the music owner has over their works. It is not compulsory to obtain the copyright protection, but it is always safe to get the Copyright Registration done. By obtaining the copyright license, the user will be able to recognize the ownership of your work for a minimum period. This encourages the owner to display more works of his/her ideas and themes. Hence, an individual should protect his work by registering for a copyright license. The advantages of Copyright for a Public Performance Right/License are- 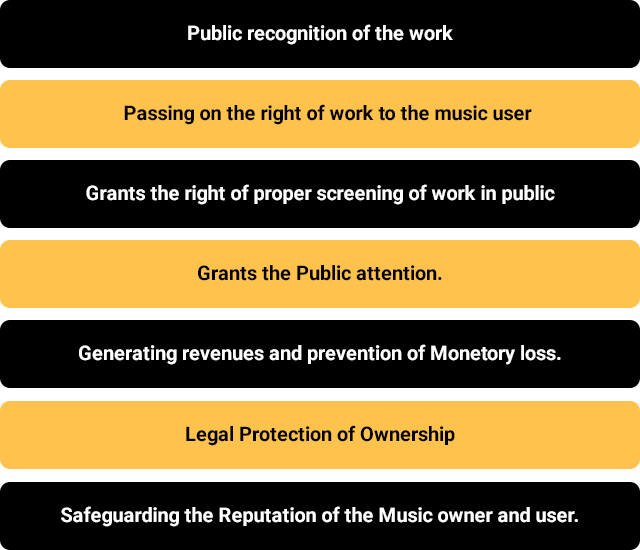 What is the Procedure to Obtain the Copyright for Public Performance Right/License?

The procedure to obtain the copyright PPR/PPL is very simple and can be obtained by making an application to the respective regional office of the PPL. An applicant is also required to pay the fees along with the application.

How to Obtain the License

The applicant is required to contact the agency that controls all the Public Performance License. All an individual or organization has to do is to report the playlists to the agencies and certain sum of revenues for royalties must be included, then the PPR agencies will issue the respective to the copyright holders.

When to secure the Public Performance License?

The license must be secured before playing copyrighted music in public. New business owners should forecast the expenses and obtain public performance licenses.

CorpBiz helps its client in Copyright Registration by providing services like Filing the application, arrangement of documents and resolving the discrepancies (If arises). CorpBiz also offers various services related to Copyright, Patent and Trademark. Our experts will assist you by providing the legal advice related to copyright registration and its compliances and support you throughout right from the application, collecting the information, till your work gets registered. The entire process of Copyright for literary work is done online so there is no need for you to go out and follow up with the government authorities. Our team will take care of all the mandatory requirements as well. Corpbiz helps in-

We at Corpbiz have trained professionals to help you throughout the Copyright Registration procedure. Our Experts will guide and assist you with the whole process of filing the applications for copyright and related services and also ensures the timely and effective completion of your work.Any person having queries about what category his/her work might fall under the copyright Act or having trouble in applying copyright within the correct category, feel free to contact our experienced and trained professionals at Corpbiz.

How to Determine the Costing of Public Performance License?

There are many factors like dependency or the place of performance that determines the costing of a Public Performance License. Every PPR company has a different or list of places covering from restaurants, malls, retail stores, or in any public place. Each of these categories gets broken down even further by several people or the venue. If the venue is such where the gathering is not more than 40-50 people, the cost of a Public Performance license will be less. However, if the place is such where the gathering is more than 300-400 people it may cost high. The best way to determine the costing of public performance is to start the process and take an expert opinion from the PPR Agencies.

Who owns the copyright of a song?

The Copyright of a song is owned by the individual who writes or records an original song owns the copyright.

Why Copyright for Public Performance Right is important?

Can a person copyrights the Performance?

The copyright Act provides the exclusive rights to the owner of copyright and lists out the specific protected works that the owner can publicly perform. To restrict this very comprehensive right, only copyright owners have the right to perform their work publicly, however, private performances are exempt from infringement.

What are the exclusive rights given to the music owner of the work in PPR?

Can a person perform a copyrighted song in Public?

The right to perform a song in public is one of the exclusive rightsgiven to the copyright holder of the song. A person needs to obtain a license before playing music in public unless the music is in the Public Domain.

How to get permission to use copyrighted music?

What is included in the Public Performance?

Public performance includes any music played beyond a normal circle of friends and family. The owner of the music has the exclusive right to play their music publicly and to authorize others to do so under copyright law.

Is a live performance Copyright?

Copyright law allows a 3rdparty to freely update an unauthorized recording of a producer's live performance on the internet, with no action taken against them.

What are the consequence of not getting the license?

If the music user uses the song without getting the license from the PPR agencies, it will be treated as Infringement and the user will be liable as per the Copyright Act.

What are the types of the copyright that arise in music?

How to Protect Animation under Copyright Laws of India?...

Copyright for a Mechanical License: All You Need to Kno...

The demand for IT and electronic products has grown all over the world. In fact, we are in an era.. Read More 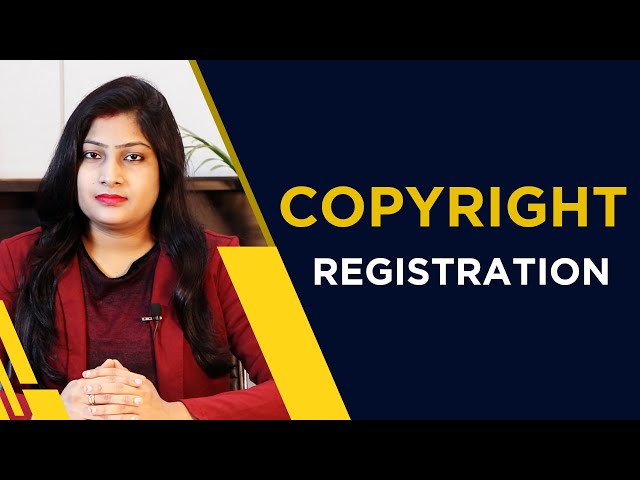